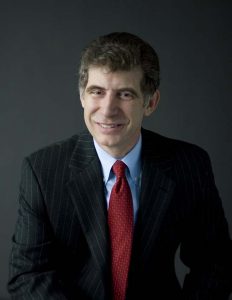 Through his formal training and extensive experience Frank brings a unique combination of multi-disciplinary perspective and experience to your team.  Trained as an attorney and certified public accountant, Frank spent the first decade of his career with PriceWaterhouse, serving as an audit manager, tax manager and finally as the Senior Manager charged with creating and directing that company’s Entrepreneurial Services Division during the height of the “Silicon Revolution” in San Jose California.

In his capacity as a CPA and as a Chief Financial and Chief Legal Officer Frank has served in a multitude of industries including general manufacturing, metal manufacturing, high tech manufacturing, robotics, computer software and hardware, real estate, medical devices, biopharmaceutical, communications, banking, government contracting, retail, not-for-profit, government and M&A.

From 2000 to 2004 Frank served on the Boards of Directors of Peceptronics Medical Inc., SpectraVu Medical Inc. and CPC Cancer Prevention Centers, Inc. Additionally he has served as a Director on various not-for-profit boards and is currently an advisor to The Commons Law Center in Portland Oregon.

Frank has taught accounting, finance and other business related courses at several universities; most recently he served as an adjunct faculty member at Portland State University. Frank also serves FINRA as a public arbitrator.

He received his law degree from Santa Clara University, a Master of Science degree in Accounting from the University of New Haven and a BS in Social Science and Education from Southern Connecticut State University.  Frank is a member of the State Bar of California, and has earned CPA certificates from the states of Connecticut and California. Additionally he holds an inactive real estate license in Oregon.