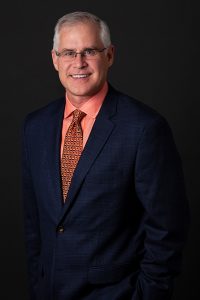 OneAccord is a team of over two dozen former business owners that buys, sells, and helps privately held business owners grow and build value in their companies. John joined OneAccord in 2006 and is Managing Director and a Partner.

John believes running a business is like climbing a mountain; most of the time it’s a slow gradual hike. When faced with a new challenge for the first time and things becomes technical, you can read a book or take a class and try it on your own, or you can hire the experienced guide that will show you the safest most efficient path, help carry your gear, and take your picture when you reach the top. That’s OneAccord, we’re business Sherpas and we’ve been helping business owners scale, grow, and sell their companies since 2005.

John began his sales career with Xerox and went on to work in the medical device industry prior to starting his own business. John co-founded DocuMedX, a successful medical services business that contracted with large hospital groups and HMOs. In three years’ time, he guided DocuMedX to be the largest independent transcription service in the northwest and was twice recognized as one of the “Best Companies to Work For in Washington”. John negotiated the sale of DocuMedX to a publicly traded company that was conducting a roll-up in the industry. DocuMedX served as the model, and John led the reengineering efforts to assimilate several acquisitions into a single company.

John has a Bachelor of Arts degree from Whitman College in Walla Walla Washington (the city so nice they named it twice). He is active in his community where he has served as chair for Young Life, little league baseball coach and board President, and donates his skills as an auctioneer to several schools and non-profit organizations.