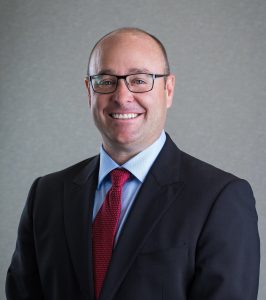 Troy Niehaus is a Financial Advisor with Bernstein Private Wealth Management in the Seattle office. He advises ultrahigh-net-worth individuals and families on all aspects of wealth planning. As a former tech start-up owner, prior president of a hardware manufacturer, and GM of a software business, Troy particularly enjoys working with entrepreneurs. He understands the psyche of a business owner and the contributions they make to our economy and community. Prior to joining Bernstein in 2017, Troy was a director at Intellectual Ventures, where he sourced and managed intellectual property investments and client relationships. He has over 20 years’ experience leading engagements in the business world.

Troy is a retired US Air Force officer and former special agent where he led felony-level investigations and managed counterespionage operations. Troy’s career started as an 18-year-old who decided to enlist in the Air Force following high school, proudly serving in the intelligence field. He was selected to attend the US Air Force Academy to begin his postsecondary education and graduated with a BS in Russian area studies. It was there where he developed the qualities that helped shape who he is today: integrity, respect, and commitment. After serving 10 years on active duty, Troy completed another 12 years in the reserves before retiring from military service.

The values Troy learned in the military have been extremely beneficial for his time in the corporate world. He has held positions centered on client engagement, and his experience across numerous industries has given him the broad exposure necessary to help understand his clients. Troy has said that he learned from every experience and feels fortunate to have found a true home at Bernstein where he can focus his time and efforts on serving others, just like he did in the military. At Bernstein, Troy focuses on making money meaningful for his clients, and his relationships are still based on integrity, respect, and commitment.

Troy also earned an MS in management from the University of Colorado at Denver. He is a member of the Air Force Association and the USAF Academy Association of Graduates. Troy is active on several volunteer boards and committees, including Leave10, the Marine Corps Scholarship Fund, and Bainbridge Schools Foundation. He also spends time advising high school students about the college application and selection process.